I’m still reeling about this news. If you have no idea what G4TV is, basically this was the TV network that introduced me to E3, internet memes, and all pop culture news. See the teaser below:

My reaction is just pure bliss.

I'm like internally sobbing. Y'all, if it wasn't for G4, I wouldn't have the drive to push myself to get to where I am today.

When G4 announced when they were shutting down, all my friends messaged me asking what was I going to do since I wanted to be "the next Olivia Munn" 😅 pic.twitter.com/BPDKPWSoBD

It seriously helped push my drive to get into video games, dabble into game journalism, hosting, and so much more. Overall, it was why I really wanted to attend E3. To be able to take it all in and be where all the announcements happen.

But about a week ago, this new network, Venn was introduced recently. It was pretty much the successor of G4, but to now see these two make a scene on television, I’d be happy to switch back and forth like I did with MTV and VH1 BUT WITH GAMING.

I just wanted to put it out there that lots of things are coming in full circle. I’m so excited to see how this will all pan out. 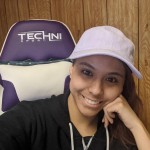